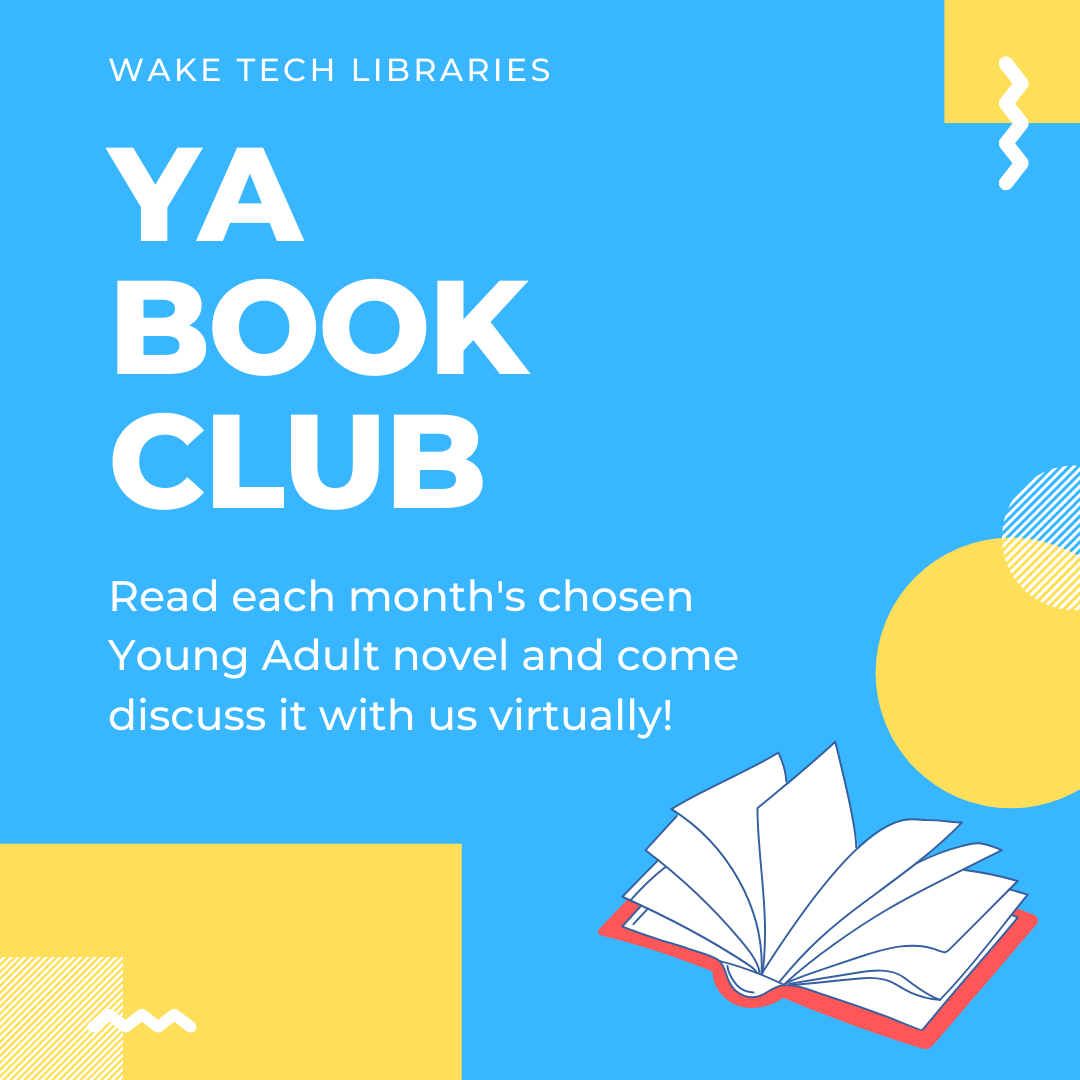 Follow this link to join our Microsoft Teams page! Participate in book club discussions and find out information about other library events.

What is the YA Book Club?

The YA Book Club is an excellent way for members of the Wake Tech community to connect over a shared love of Young Adult novels! While YA as an age category is written and targeted for those between the ages of 12 and 18 years old, it can be read by those of all ages! YA novels are imaginative, thrilling, and diverse. There is something for everyone!